Skip to content
NOW OFFERING: TELEHEALTH SERVICES Unprecedented times call for unprecedented measures. Virtual health services via video conferencing, texts and cutting-edge apps, telehealth is not only changing the way we’re able to care for you and your family, it’s also helping us combat the spread of COVID-19. Progressive health solutions delivered right from the comfort of your own home. Help us help you—call (916) 627-1494 or text (916) 884-6272 to schedule your telehealth appointment today.
Posted on June 25, 2021 by Elk Grove Hearing Care

Tinnitus is a condition characterized by a phantom ringing, roaring, hissing, whistling, buzzing or humming sound with no external sound source. Approximately 50 million Americans experience tinnitus, and it is different for everybody, varying in which ear(s) are affected and the severity.

While there is no cure for tinnitus, there are a number of treatment options available. One of them is hearing aids. 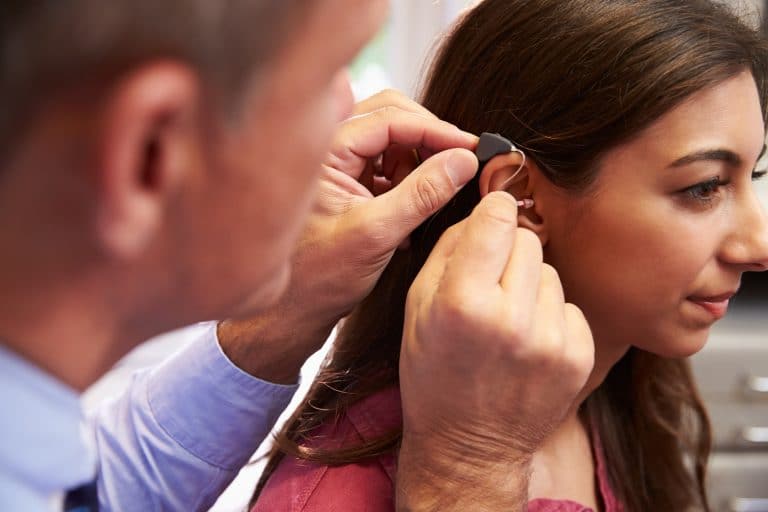 The reason tinnitus can be treated with hearing aids is because tinnitus and hearing loss often share a common cause.

Within the inner ears are tiny hair cells called stereocilia. These hair cells are responsible for converting soundwaves into electrical energy that the brain interprets as sound.

When dangerously loud sounds pass through the ears, it can damage or destroy these cells. Damage to the cells cause them to “leak” sound signals, triggering tinnitus. When the cells are destroyed, the result is permanent sensorineural hearing loss.

How Do Hearing Aids Help?

Hearing aids work by amplifying sounds in the environment to a level the inner ear can detect.

When you’re fit with your first pair of hearing aids, you’ll probably be shocked at all the sounds you were missing, like background conversations at Boulevard Bistro, the chirping of birds and hum of the refrigerator.

These new sounds essentially work as tinnitus maskers, as they drown out the sounds of your tinnitus and distract you from the remaining sounds.

How Effective Are Hearing Aids for Tinnitus?

One study published in 2015 had the objective of determining how effective tinnitus-masking devices are compared to regular hearing aids.

Researchers worked with 30 participants who had bothersome tinnitus and were hearing aid candidates but had not used devices over the previous 12 months. The participants’ tinnitus severity was evaluated using the Tinnitus Functional Index (TFI) questionnaire once before wearing hearing aids, then again after three months of hearing aid usage.

The participants were then assigned to one of two groups: one who wore traditional hearing aids and one who wore combination devices that included tinnitus maskers.

The researchers found that both groups exhibited significant improvement, but the group who wore combination devices had slightly more improvement.

For more information about tinnitus masking devices or to talk with a tinnitus expert, schedule an appointment with Elk Grove Hearing Care today!